One of my "to do" list items as we get ready to depart on our cruise to the South Pacific this Spring is the creation of a blog.  I never got around to doing this for Moku pe'a's 2011 South Pacific cruise, and we ended up posting status updates almost daily on Facebook.  This was a lot of work for Lori and Frederic Berg, who received our emails and reposted them, and not very convenient for those wishing to follow our posts.  I'm hoping this blog will be easier for all concerned.

That said, I've never done anything like a blog before, so I'm setting it up early to give it a test drive and see how it handles.

Our current plan it to depart Kaneohe on or about 1 May, sail to Christmas Island, perhaps Suwarrow, and on to Vavau, Tonga.  We had hoped to sail to Palmyra, but Fish and Wildlife and the Nature Conservancy has made it just too difficult.  They required a $350+ "Rat Free Certification", a Coast Guard Certified Holding Tank, no discharge allowed in the lagoon, visits restricted to only one of the ten or so motus, and a "four cruising boat max, first come first served" policy.  I cruised there in 1986 when we had the whole place to ourselves for ten days, and we could do as we pleased.  I fully understand the reasons for the restrictions, but it's too high a hurdle for me so we'll cruise elsewhere.  Rocky Young will be joining me for the sail South to Tonga.  We expect to arrive there in early June.

Lori gets the Princess ticket and will fly to Tonga to replace Rocky.  Lori and I plan to relax and enjoy Vavau's fabulous cruising grounds until early August when we will be joined by Matt and Vicky Dyer.  The four of us will hang out in Vavau for a couple of weeks and the girls will fly home leaving Matt and me to head East for French Polynesia.

The cruise East should be the most interesting part of the trip.  Most sailors are headed Westward with the tradewinds in this part of the Pacific, and we'll be headed in the other direction.  Our ultimate destination, Bora Bora, is 1300 miles to the East.  It would be great if we could jump onto a weather system heading East and pick up some favorable winds, but we'll have to wait and see.  In any case, we will go where the wind takes us.  It may take us on a Northern route allowing stops in Beverage Reef, Aitutaki, and Mopelia.  I'm hoping for a Southern route that allows us to visit Raivavai in the Austral Islands.

Lori will fly in to Bora Bora to replace Matt, and we'll spend mid September through the end of October revisiting our favorite anchorages in the Society Islands.  Work commitments forced Dave Schaefer to cancel his plans to cruise with me in Bora Bora in 1986, so we are doing a make up and he'll be joining us for a week in October.

I'll sail the boat home in November.  I haven't got crew figured out yet for that leg of the trip, but my daughter Kara, who sailed from Hawaii to Tahiti with me in 2011, wants to join me.  However, she's graduating from NYU with a masters degree in Urban Infomatics in September, and I'm hoping she will be fully employed come November.  If she isn't, or can somehow finagle a month off (like I used to do when I was her age), then she'll sail home with me.  I'm hoping to arrive back in Kaneohe just before Thanksgiving.

We are ahead of schedule getting the boat ready to go.  We had her in drydock in January, polished the topsides, put on new bottom paint, and replace the cutlass bearing.  The most significant change from the 2011 cruise is the addition of refrigeration and a couple of solar panels to help keep the ice box cold.  It was just too difficult trying to find a cold beer every afternoon in Tahiti!  I still have to build a new bimini top to replace the original that is getting pretty tired and take care of a few odds and ends. 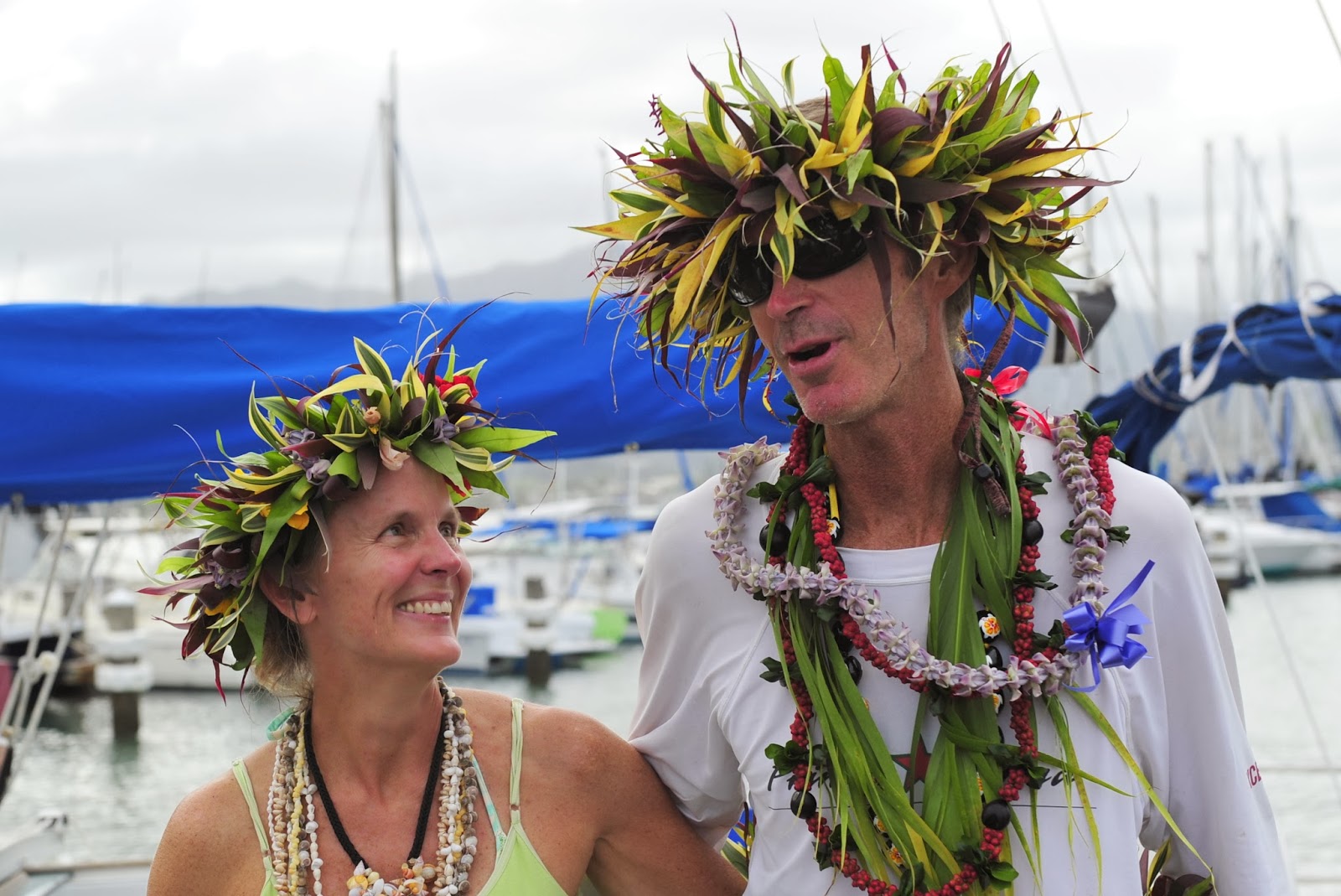 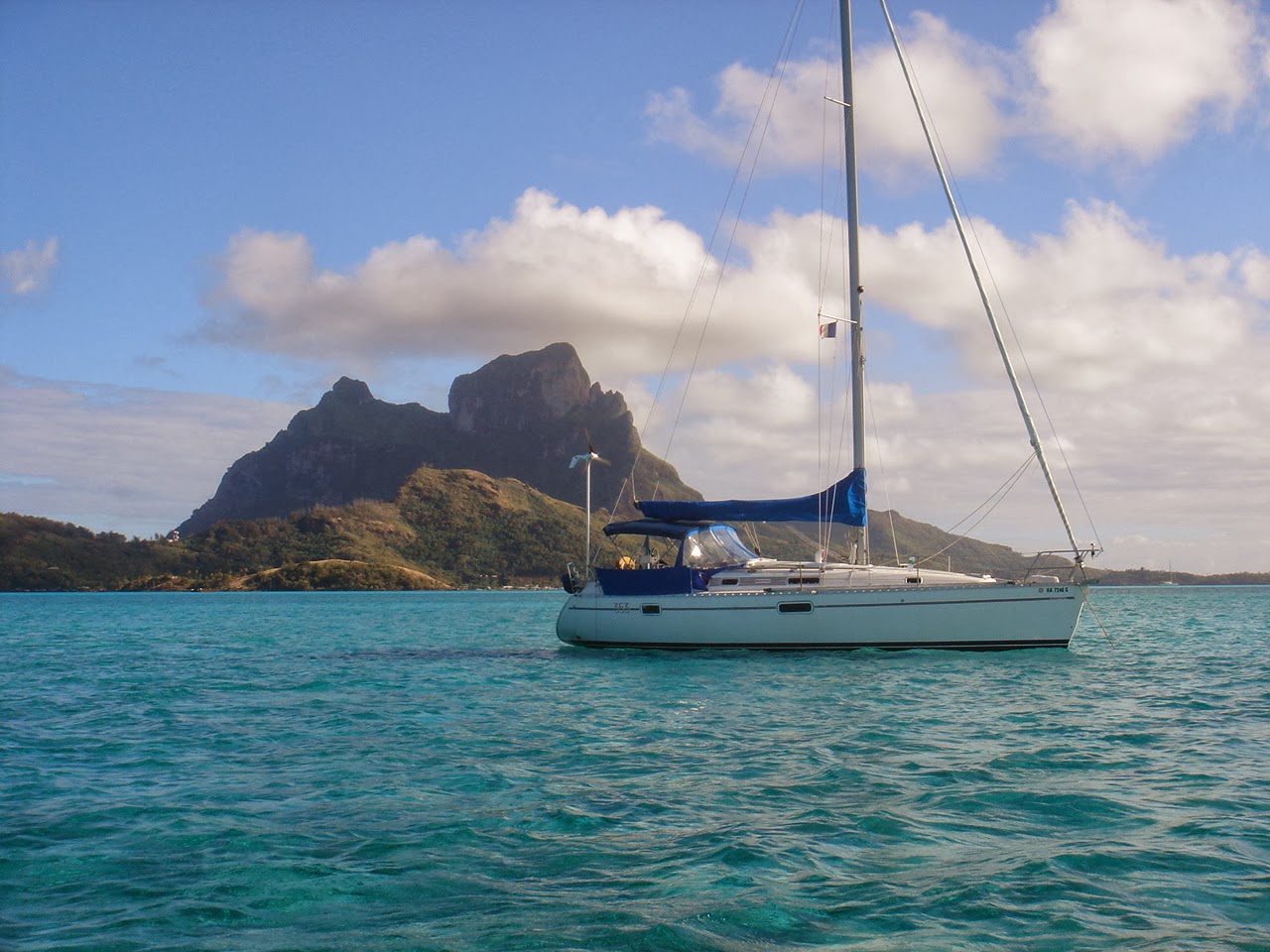