11/2 1200 position 18-20N 64-56W.  At anchor in St. Thomas Harbor, Charlotte Amalie, St. Thomas, US Virgin Islands
By my count the four of us consumed at least eighteen overstrength rum drinks at the Soggy Dollar and Foxy's on Josh Van Dyke.  It was a small miracle that nobody had a hangover the next morning.
After breakfast Andy and Lori went in to clear us out of the British Virgin Islands.  When they got back we motor sailed across the channel to St. John where we picked up a mooring and all had to go in to immigration to check in to the United States.  When the formalities were over we powered to adjacent Great St. James Island where we picked up a mooring in Christmas Cove.
Directly ashore from our mooring was the debris left from what was once a fifty foot Beneteau that washed ashore in one of last summer's hurricanes.  We swam in to check it out.  Such a shame to see a once proud yacht reduced to a pile of splintered fiberglass and aluminum.
I also learned the hard way what fire coral is while snorkeling later.  Apparently I brushed up against some while sticking my head in holes looking for lobster because my left wrist started stinging and got red and swollen.  We don't have fire coral in Hawaii.
This morning Arabella powered west for about an hour to St. Thomas.  We entered the harbor at Charlotte Amalie and went over to the Crown Bay Marina where we topped up our fuel and filled our water tanks.  We moved to the east end of St. Thomas Harbor where we anchored off of the cruise ship dock and super yacht marina.
This is the end of the line for Lori and me.  We depart Arabella tomorrow morning and will head across the island to a resort where we will enjoy our eighteenth honeymoon for a couple of days.  Andy and Patty's son, Raymond, arrives this afternoon and the family will cruise the Virgin Islands together next week.
The Engles have been great hosts and great shipmates.  We will miss them and miss Arabella too!
On Monday Lori and I fly to Charleston to visit for a couple of days with my former Drydock engineering colleagues.  I haven't seen these characters since retiring seven years ago.  This should be fun. 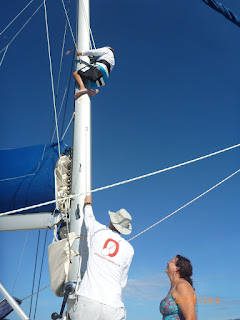 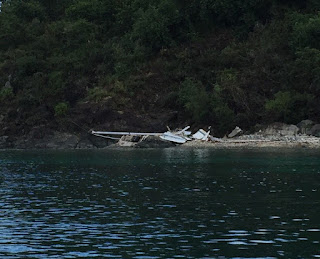 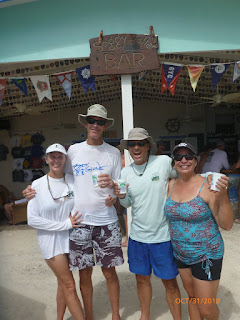 --
Sent from Gmail Mobile
Posted by Noodle's Notes at 9:44 AM No comments: